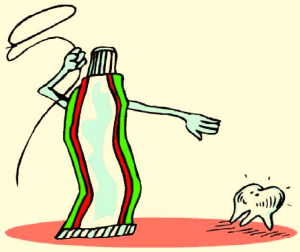 The American Academy of Periodontology encourages rheumatoid arthritis (RA) patients not to brush off daily oral hygiene because you may have a greater risk of losing your teeth to periodontal disease, a bacterial infection of the gums.

A study published in the Journal of Periodontology found that people with RA were twice as likely to have periodontal disease with moderate to severe jawbone loss.  In fact, they averaged 11.6 missing teeth versus 6.7 in the control group.

The joint connection between RA and periodontal disease is due to similar pathologies; damage caused by the immune system and chronic inflammation are central to both diseases.

In RA, the immune system attacks a person’s own cells inside their joints. White blood cells that are part of the normal immune system travel to the synovium (a thin, layer of cells that line joints and produces lubricating fluid) and cause inflammation.

As RA progresses, these abnormal cells invade and destroy cartilage and bone within joints. Muscles, ligaments and tendons that support and stabilize joints become weak and unable to function normally.

In turn, periodontal infections inflame the supporting tissues of the teeth and destroy attachment fibers and supporting bone that hold teeth into the mouth.

At this point, researchers are not saying the relationship between the two diseases is causal. However, some scientists think bacterial infections may trigger the disease process in some of the estimated 2.1 million people with rheumatoid arthritis.

The Straight Facts: Patients with RA should continue daily brushing and flossing and look for signs of periodontal disease, such as red, swollen gums that bleed easily.

The earlier you detect periodontal disease and treat it, the better off you are.

Arthritis is the leading cause of disability, limiting daily activities for more than 7 million citizens. Because of its debilitating nature, the disease can take a tremendous toll on a person’s life whereby they are physically unable to continue daily activities such as oral hygiene. The following tips will allow you to complete your daily oral hygiene routine with less pain and more mobility. P. S. They also make good gift ideas.

Go Electric: Use electric toothbrushes and/or floss holders to reduce the amount of work that must be done by hand.

Grip It: Wrap toothbrush handles with a sponge hair roller or a PVC pipe to make a fatter, more comfortable grip.

Stay Wet:  Speak to your dentist about ways to restore and maintain moisture in your mouth due to medications.

Pick it Out: Try water irrigators to remove food particles and plaque between teeth.

Walk the Walk: Stick with your daily oral hygiene routine and see your dentist for regular checkups.