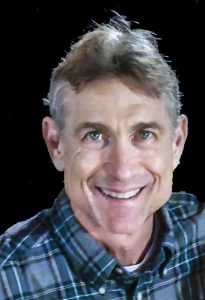 Dr. Pechter was born in New York City in 1951. Pechter Baking Company was the family business that baked fresh bread, rolls, bagels, and cakes that were distributed throughout the greater New York, New Jersey area. Dr. Pechter grew up with his three brothers in Roslyn, Long Island. He received his Bachelor of Arts degree from Dartmouth College, in 1973. He then attended Tufts University School of Dental Medicine, earning his D.M.D. in 1976.

Finding his calling in the field of periodontology, Dr. Pechter went on to complete the specialty program at Boston University Goldman School of Graduate Dentistry, where he was awarded his Certificate of Advanced Graduate Study in Periodontology in 1979. He has been actively engaged in private practice in Palm Beach County, Florida, since that time, specializing in periodontics and dental implant surgery.

Dr. Pechter has been a volunteer at the Caridad Health Clinic, in Boynton Beach, Florida. There, he and other dentists donate their services to provide dental care to migrant farm workers and their families.

Dr. Pechter is an avid swimmer and bicyclist. His wife Madeline created all of the beautiful needlepoint canvases that are displayed throughout the office. They have two grown sons, Wyatt and Nelson. Some of Wyatt’s early artwork can also be seen decorating the office walls.

Hi, my name is Gail. I’m the newest member of Dr. Pechter’s staff, having joined the team as office manager in January, 2019. My 30 years of experience in a busy general dentistry office have made the transition fairly smooth, but I learn new terms and skills constantly.

I am gradually meeting Dr. Pechter’s patients and getting to know their needs and preferences. It’s a source of pride for me to represent this excellent office and its talented staff.

I grew up in Michigan but have made south Florida my home since 1978. I raised my three children here and enjoy traveling to visit them in Newport, Los Angeles and Seattle. Yoga is my exercise, and singing with a French gypsy jazz band is my fun. I look forward to meeting you all. 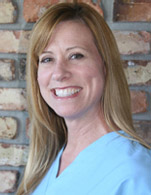 Hi, my name is Therese. I have been a Certified Dental Assistant since the early 1980’s. I started my career in general dentistry. From there, I have had the pleasure of expanding my knowledge in dentistry by working with different specialists in the Miami area. I have been an Orthodontic assistant, primarily treating patients with cranial – facial anomalies. I have also assisted in an Endodontic office, and in 1995, I became a certified microscopic dental assistant at the Pacific Endodontic Research Foundation in San Diego, California. Prior to joining Dr. Pechter’s staff in 2008, I worked at another periodontal office, where I first became experienced with dental implant surgeries.

Since making Wellington my home, I feel fortunate to work in another high quality practice with Dr. Pechter. I am enjoying being re-introduced to the latest technology that a Periodontal practice has to offer, alongside a team – oriented staff.
When I’m not in the office, I enjoy cooking, walking nature trails, and talking with my brother on his dock, taking in the ocean’s beauty. However, nothing compares with snuggling with my two daughters, or watching their latest dance, drama, or fashion show in the living room. The best things in life are family. 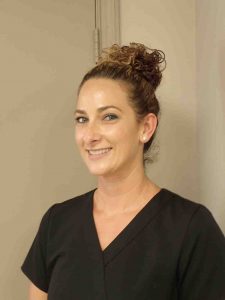 Hi, my name is Stacey. I am one of Dr. Pechter’s hygienists. I have had the pleasure of working in this office since 2003. My initiation to dentistry was first as a certified dental assistant for six years. I then went on to study to be a hygienist. I received my Associate of Science degree in Dental Hygiene from Palm Beach Community College in 2002.

I feel privileged to work and learn with such an admirable and honest periodontist, as Dr. Pechter. This office and our patients are truly like a second family to me. To wake up every day and look forward to coming to work is such a blessing. What I love most about my job is the pride I feel in the quality of care we offer our patients. I feel lucky to be a part of this team.

When I am not at work, you can find me hanging with my family, at the beach, or cheering on the Dallas Cowboys football team. 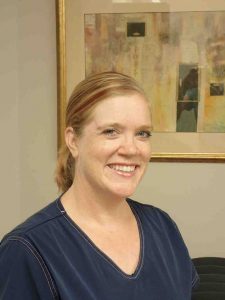 Hi, my name is Wendy. I am one of Dr. Pechter’s hygienists. I attended Indiana University School of Dentistry and received my dental hygiene degree in 1999. I am from Indiana and grew up on a farm there. Working with Dr. Pechter is really a pleasure because the office offers the patients such high quality care and treats everyone with respect and integrity. When I am not working, I am a busy mom of two very active children, a girl and a boy. I enjoy watching my kids play sports and also personally enjoy running, playing golf, going to the beach and reading.

You will find no better medical team: all are capable and communicative, led by the highly skilled Dr. Pechter. All my questions were answered, everyone did their best to make me comfortable, including some lengthy procedures I needed. You can get a nice discount on certain services if you pay by check, always a nice option. This office gets my highest recommendation for consistently expert results.

A hearty and sincere thank you and well done! My teeth feel great due to your skills, diligence, thoroughness, and professionalism! Thank you very much.

Thank you for all your care and exceptional treatment over the past year. My dental implants have given me a beautiful smile and the confidence to eat whatever I desire.

I’ve been a patient of Dr. Stuart Pechter’s since 2001 and have been through numerous procedures in his well-run office. Every procedure has been pain-free and complication-free. Dr. Pechter truly has golden hands and superior expertise in the field of periodontics.

United States Marine Corps takes pleasure in recognizing Dr. Stuart Pechter for exemplary support and superior commitment. Your selfless dedication, level of commitment and assistance toward your Marine Recruiters is a testament to a heightened standard of excellence and is in keeping with the finest traditions of American patriotism and loyalty. Semper Fidelis!

Thank you for saving my teeth. I’m so glad I was referred to you for a second opinion. I wish I had come to you sooner. I never thought my teeth would ever feel this good again. Now I can really enjoy my wife’s cooking.